You are here: Home » Hike and learn » Guyer-Zeller Hiking Trails 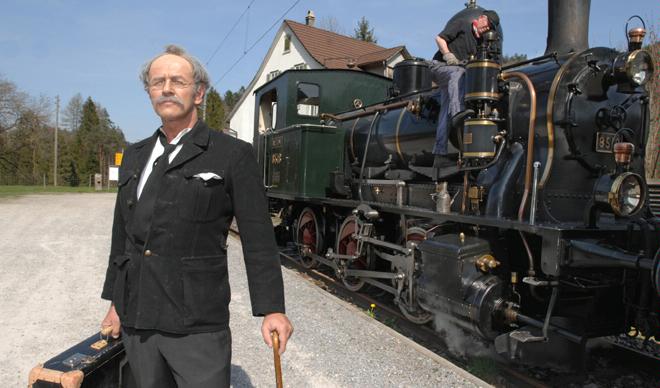 Pictures (1)
Adolf Guyer-Zeller, the railway pioneer has created seven hiking trails around Bauma. Discover the hiking trails (50 - 150 minutes) and indulge in the history of industrialization.

Adolf Guyer was born on May 1, 1839 in Neuthal. His father ran the local cotton-spinning mill, one of the oldest in Switzerland. After primary school in Bauma, Guyer has attended industry school in Zurich and has then studied at the Swiss technical college in Zurich and at the Geneva academy. After four years of traveling the world, he has married Anna Wilhelmine Zeller from Zurich and has lived in the city since then. After his father's death, Guyer-Zeller has also managed the business in Neuthal in addition to his textile export business.

Equipped with willpower and vigour, Adolf Guyer-Zeller had the best chances to become a Swiss financial leader. During the crisis years, he bought railway shares at a bargain price and has gained millions over time. As a majority shareholder, he has appointed himself President of the Swiss northeastern railway in 1894 and held this position until his death. His initiative for the Jungfrau railway was the highlight of his railway activity. However, Guyer-Zeller was not alive anymore when it was completed. The entrepreneur died on April 3, 1899, at the age of 60.

While Guyer-Zeller was a resident of the city, he spent many summer months in the Zurich Oberland where he enjoyed exploring the forests. For the spinning workers especially, he laid out many hiking trails in Neuthal leading through deep ravines, over bridges and stairs, and up to wooded heights. Walking the paths should not only be a recreational activity but an occupation in slow periods. After his death, it became apparent that Adolf Guyer-Zeller had not left any budget for the maintenance of the trails and the tourist offices of the surrounding communities are now taking care of them.

The trails lead over bridges, stairs, through deep ravines, and to wooded heights. In 50 minutes up to three hours, the routes are manifold and any hiker should find a path according to his preference.

Please order the hiking map with exciting anecdotes about the life of Guyer-Zeller at our shop.

Questions on this topic?